Is this a decent deal???

Is this a decent deal???

Just inquired about a 55 gallon tank on Craigslist. It's a marineland tank, with wrought iron stand, covers, two lights, HOB biofilter, heater, rocks, gravel, fake plants and decorations, and is 6 months old. He wants $175.
That is a good deal, right?

@nyleveiam wrote:Just inquired about a 55 gallon tank on Craigslist.  It's a marineland tank, with wrought iron stand, covers, two lights, HOB biofilter, heater, rocks, gravel, fake plants and decorations, and is 6 months old.  He wants $175.
That is a good deal, right?

A 55 gallon aquarium generally goes for about $110 new and the stand can cost about $120. Add in the filter and rocks, gravel, and heater and it could easily come to about $300 to $400 new. So I would say the deal you got was a good one for something that's only half a year old. 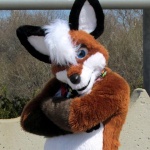 I would agree thats a fair deal. I'm a huge fan of Marineland tanks, I have several and are imo the best available

Well, I made an appointment with him to go see it next week. I needed a week to think about all the reasons I should NOT get it, LOL!
The one in my kennel was also off Craigslist, for the same price, and this one looks MUCH NICER in the photos.
Of course, I need to consider the cost of the fish, etc. to the total cost, but those can come a few at a time.

I own several Marineland aquariums (no, not at the famous park!) and have found them all to be of excellent quality. My new 65 gallon aquarium is from Marineland and I can't wait to get it up and running!

I hope your inspection of this aquarium goes well and that everything is in usable, if not perfect, condition.

Thanks, I hope I can get it!
My other tanks were all gotten AFTER the fish,  so it will be fun to plan this one out from the start.  I have no idea what I will put in it at this time.  I did find a place for it to fit, just have to pack up some gardening and dog books to clear the spot out.

I have been browsing over in the tank journal section and am LOVING those planted tanks, but my green thumb has arthritis!!!

Have no fear with the plants. My green thumb is anything but green, except in my aquarium the plants seem to thrive. I attribute this to good lighting and the occasional adding of a couple fertilizer tablets. Other than that, I pretty much just let them do their own thing. The only problem I ever had with the plants was a snail infestation which was solved by hand-picking them out of the tank and by adding assassin snails to it who ate the pest snails.

It also helps, with regards to my plants, that I purposefully chose low demand plants such as Anubias barteri and Cryptocoryne Wendtii. In fact, leaving the Anubias alone actually resulted in both plants that are in the tank flowering!

I was scared to go planted but did about a year ago and I'll never go back! All my tanks are planted now and I have one 10g in the bathroom just to give new plants an extra boost before moving them to a big tank. Once it warms up you should look at aquabid for deals on plants, I would just mail you some but there's the whole issue with the border.

Fortunately, some of those low light plants are ones I like best of all!
My frogbit is growing already, LOTS of roots!
Hard to believe but in the Summer I take Water Hyacinths and water lettuce out of my pond almost weekly and toss it in the compost pile!!!! I tried keeping some in the Koi tank but it was a long Winter and they ate it all!!
It IS an issue sending lots of stuff south of the Border!!!

Yeah some plants are considered an invasive speices in certain areas but if you bought on aquabid from your own area you won't have any trouble.

Well, assuming the weather is with me on the weekend, I WILL be headed up to get that 55 gallon.  Couldn't come up with the cash, BUT a nice friend who also has fish loaned it to me.
We both know that is a deal not to be passed on!!!
Soo, I will be setting it up on Sunday or Monday.  Couple of questions... since I don't have the fish yet, I am going to cycle fishless so, #1, do I put some, (two or three?), frozen raw shrimp in there, and,  #2, when do you start with some plants, right away or later.  (Of course, I may end up having to buy some T5 bulbs, depending on what he has in it now.  And, do I start with some Prime, some salt, or nothing or both???  I have relatively hard well water.
Oh,yeah, another question.  It has a Tetra biofilter for 70 gallons, would it behoove me to also run a second one?  I do have an Aqueon that is not being used right now.  I would need some filters but those are relatively inexpensive in the grand scheme of things.

@nyleveiam wrote:Couple of questions... since I don't have the fish yet, I am going to cycle fishless so, #1, do I put some, (two or three?), frozen raw shrimp in there, and,  #2, when do you start with some plants, right away or later.  (Of course, I may end up having to buy some T5 bulbs, depending on what he has in it now.  And, do I start with some Prime, some salt, or nothing or both???

Oh,yeah, another question.  It has a Tetra biofilter for 70 gallons, would it behoove me to also run a second one?  I do have an Aqueon that is not being used right now.  I would need some filters but those are relatively inexpensive in the grand scheme of things.

To answer your first, I would actually recommend that you ask your friend who also keeps fish, for some of their old filter media. This is the quickest and easiest way of cycling a new tank without fish, and also the safest. If you use your friend's old filter media to cycle your tank, and if you plan to use co2 for the plants, you can introduce plants to the tank right away. With regards to your filter, you can never have too much filtration. Adding the second filter is a good idea.

I actually HAVE other tanks, I can take a sponge out of one of the filters in my Koi tanks. Easy! I am still out on co2... still reading about it.

Wait you need t5 lights? I have two bulbs sitting here I got by mistake the company wouldn't take back. 22", 24 watts, if you can use them I'll send them to you.

That sounds like a lovely deal you got there! I bet that your plants in the pond are going crazy with the koi and goldfish! You probably know that these fish are the biggest poopers you can have and that produces a lot of nitrates, one of the main fertilizer ingredients!

I am sure you will do well with plants! The good thing is that with aquatic plants at least you never water too much or too less!

@nyleveiam wrote:I actually HAVE other tanks, I can take a sponge out of one of the filters in my Koi tanks.  Easy!   I am still out on co2... still reading about it.

If you can run the new filter in the koi tank for a couple of weeks, you'll be further ahead too. This would also be good, as you would not have to take the other filter out of the established tank.

I started the extra two internal filters I have in the koi tank this morning, and will use those foams for the new one.
I just made final arrangements to go get it on Sunday.  We have one of those USA only holidays on Monday so I closed my kennel for the day and will have fun and TIME to get it up and running.
Still no idea what for fish, but I am thinking maybe a school of Angels, and more cories and a school of small somethings, maybe Danios or more neons (I LOVE watching them).
The three small Angels and the three cories are doing great together but the angels do not show themselves well at all in the small tank they are currently in.  When I got them I KNEW they would quickly need more tank!
I may just keep the one-eyed guy in the smaller tank as he IS nervous around the others.  Can't blame him at all! It's right on my desk so is fun to just watch him as he swims in circles to be able to see whose around him.

Oh yes, put the angels in there!! In my 55g I have two angels, cories, one BN pleco and some beautiful rainbow fish! You should look into rainbow fish.

Well, I have noticed some GREAT photos of rainbows on here!!! Frankly, I didn't really know what they were, even though I knew you had some, Krista!
It is exciting to plan this out! I go on line and do a search for the breed, then look at images and can usually see some in a tank environment or in schools, then read the care section AND the part about who gets along with who.

When I got my other 55 gal I had those four koi sitting in their pond and it was mid-November and they were WAY too big for anything I had here. There was no planning at all, just brought the tank home, set it up and put them in!!! (Fortunately the guy included the filter sponge from his fish and it was still fresh as I didn't know ANYTHING about cycling)

I have four adult turquoise rainbow fish lovely lovely colours and then I have three baby rainbows I'm growing out from Gary, a boesemani, bleheri and sexlineata.

OMF (Oh my fish), they are ALL beautiful, how could you ever decide which one(s) you would want??? Even the plainer ones are pretty! Might have to consider some of those and leave my neons where they are now!!!!

I'm a little out of touch, have we seen pictures of these Koi?

Noo, but I just took some and will post them on Eye candy.  Then YOU can tell me what colors they are, maybe???

» Base rock in fresh water tank ?

» Some interesting behaviours seen in guppies and Endlers

» Re-using ordinary containers in the aquarium

» MAY 23rd is WORLD TURTLE DAY

» What is your favourite aquarium right now, (or in the past)?

» What is in disinfectant hand gel? and is it alright to handle aquariums after disinfecting with hand gel?