Going into town on Sat to pick up this little guy.

The poor little guy's gonna have a great home in your pond.  I feel bad for the little person losing their pet.

Going into town on Sat to pick up this little guy.

I knew it, there is a soft spot in the big snail hater. 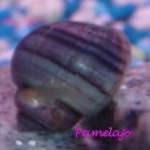 Steve, I always knew you had a soft spot... you take in so many rescues. Suggestion: Take a picture with you of your ponds/tanks to show the little guy who is giving up his pet. That way he'll know what a great home his fish is going to.

JayB wrote:Steve, I always knew you had a soft spot... you take in so many rescues. Suggestion: Take a picture with you of your ponds/tanks to show the little guy who is giving up his pet. That way he'll know what a great home his fish is going to.

I think that is a great idea. I want to see this photo too though.

JayB wrote:Steve, I always knew you had a soft spot... you take in so many rescues. Suggestion: Take a picture with you of your ponds/tanks to show the little guy who is giving up his pet. That way he'll know what a great home his fish is going to.

Way ahead of you

When I first contacted the owner she said they had a few calls but no one had come by to pick him up yet. I asked her if she would hold him until I could get down the weekend and pick him up. I also attached a link to a video of my fish out in the pond. She replied with, we will hold him until the weekend.

One thing I have found about listings like this(and I warned her about this) is that people see a cheap tank with a goldfish and they buy the tank and flush the fish. A couple of years ago I answered an ad for a tiny black moor. When a went to pick him up with my refugee bucket she gave me everything she had, tank, filter, python, etc. left with about $200 worth of stuff for a $5 fish. She just wanted to find a home for the fish and not sell the works to someone who would flush the fish when they get home.

As I'm sure most of you know the bulk of the fish I have are refugees from people who no longer can/wish to keep the fish they are giving away. Unfortunately it's rare for someone to ask me where they are going. Just the same I have people ask. One women even asked for pictures first before she would commit to giving me the goldfish she was trying to re-home. Some people will contact me from time to time to see how their former fish is doing. Pretty much ever time I take a new video that includes Tigger i send the link to the women I got him from, which must be over three years ago now. Myrtle's previous owner will contact me from time to time to she how she is doing.

I have someone who game me 7 small goldfish a couple of years ago that has contacted me a couple of times since. the problem is(and it will be the same with this guy) is that they were just orange goldfish with no distinguishing markings. I have no way of knowing which ones they are.

When I had a goldfish set-up at the school, before the Great Heron Visit of 2007 ended it, I was almost overwhelmed by the number of goldies being dropped off. Some weeks, I would receive three or four, mostly brutally handicapped fancy forms that people couldn't bear to watch struggling in the water.
I fielded a lot of calls and ended up with a lot of pond fish from impulse buyers or buyers of quick growing comets.
The goldfish pond was wiped out by a smart predator arriving during a vacation week and hunting at leisure. The school was shut, no one disturbed the hunter(s) and it or they feasted. In a way, I was glad (I know it sounds awful) as I restarted with different fish and was able to shut down the unplanned for goldfish rescue. There were too many fish coming in. It was crazy.
It was sad too, as most of the intentionally deformed goldfish came to me at the very end of their lives. They just were not viable creatures, and as they grew, they suffered from the choices their breeders had made. I felt like I was expected to do miracles by the kids dumping them off, and there are no miracles. Luckily, there was always at least one woeful wobbler I could point to, and the kids generally assumed it was theirs.
If there is a vacuum, it will be filled by a homeless goldfish. It's good of you, Steve, to use the space to help out there.
I have 1,890,869 homeless ramshorn snails here...

I don't usually take fancy tailed goldfish, though I somehow have two. I have a problem with a good chunk of the types that are out there. I have have watch more then one end in a not so nice way.

I don't give/sell fish to just anyone, but if someone comes by to pick up pond plants and they seam like they know what their doing, they will usually leave with a goldfish or two to add to their pond.