This happened a few weeks back, but I have been too busy to post about it up until now. I moved 42 of my three year old koi into a 1200G tank to give them some more room to swim around in. However I broke one of my cardinal rules in doing so. It took a fair bit of time and I was running late so never got time to put a screen over the tank. All of my tanks have screens to prevent the fish from jumping out. Even my ponds have screens for the first few days after the fish go out. Once they get accustomed to the ponds they are usually fine.

Anyway I returned the following morning to find one of my prized Koi lying in the dirt besides the tank. It was all covered in mud and completely motionless. It looked like it had been there for several hours and now dried up and dead. However a Koi is not dead until it’s stiff and dead. An instructor I had in a Koi course I did this past summer told us that a Koi’s heart can continue to beat for a long time after it has been removed from the water. A point that was proven when we euthanized some Koi to dissect and over an hour later when we cut them open one was still alive.

So back to my dead Koi or so I thought…

As I stood there staring at $500 laying on the ground I saw one of his gills move slightly. Suddenly I knew I had a chance, a slight one but a chance none the less. I instantly sprang into action, scooping up the poor fish and slung him over the side the tank and started moving him around. For about 10 minutes I did this without stopping. I stopped and waited for any sigh of life, but nothing. After 5 more minutes I stopped again, this time I got some slight movement in the gills. At the 20 minute mark he started to expel bloody mucus from his gills. And started breathing more regularly. At the 30 minute mark he pooped in my hand, kind of gross but a good sign he was coming back. This continued until I hit the 60 minute mark and I could take it no longer. My arms were gone and my back was shot. He was breathing on his own at this point and his eyes were moving. He was still not swimming or able to hold himself upright, but I had to let him go. After getting a rest for a few minutes I scooped him up again and started the process again. As time went by I was more just holding him upright as he was breathing fine by now. After 2 hours of this he started getting anxious and ready to swim. So I let him swim away from my hands. Unfortunately he was like he had a few to many and was not able to hold himself upright yet. He would make a couple of flicks and then roll over and rest for a few seconds before he tried it again. He was out of my grasp at this point and I didn’t want to stress him more by netting him again.

This picture was taken after about an hour back in the tank. 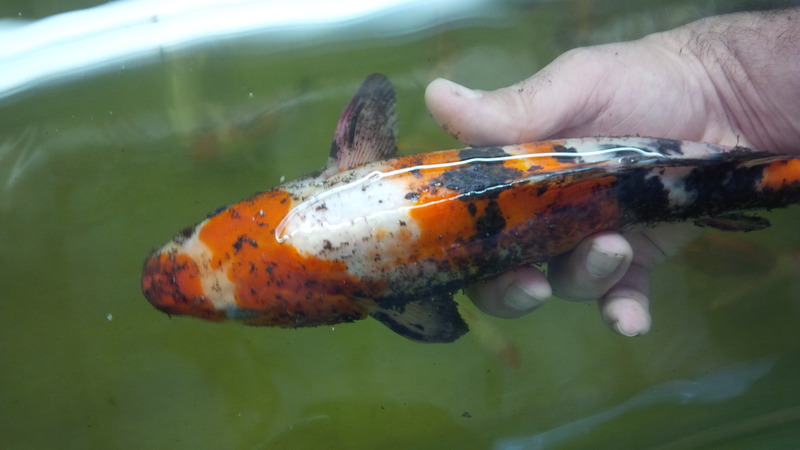 It was at this point that the second amazing thing happened for the day. A number of other Koi came to their friends rescue and start helping him swim and to stay upright. They were gently nudging him along as he struggled to swim and regain his strength. I watch in amassment for several hours as he was allowed to lead the pack with his buddies in tight formation. This hobby has brought a lot of amazing things to my life but this one takes the cake. I am not a very emotional person but this brought tears to my eyes watching such an amazing thing. 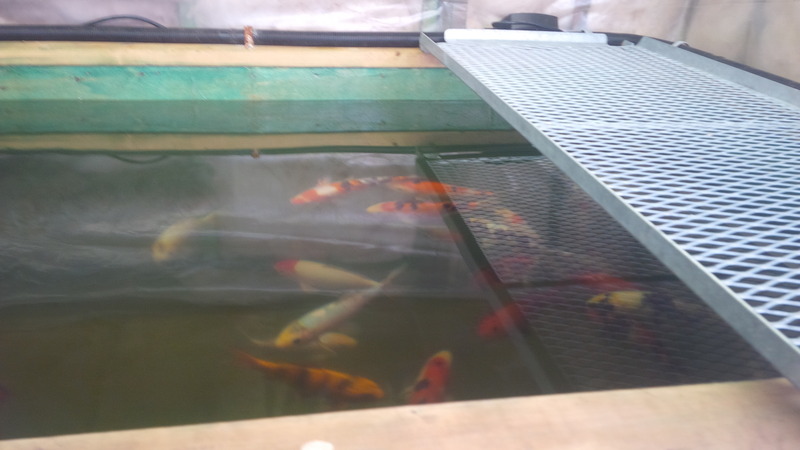 Fast forward a month now and he is doing great and fighting with the rest of the gang for his daily rations.

As I logged in this evening I had not expected such a dramatic story. Sure beats the Trump and Hilary headlines.

It is almost like what we hear about injured orca and whales rejoining a pod. I must say that you have a gift in these koi. I hope others can see the magic and beauty of these fish. Thanks for sharing.

That is a really interesting group behavior! I have brought furball, carpet killies back to the land of the living and had them breed a few weeks later, but there was no mutual aid in there. Their tankmates would happily have let them die.
You did a lot of work to resuscitate (did I spell that right?) the fish, but the other fish helping too is very cool.

Great story.
I will now only look down on koi when I am beside a pond.

Steve you are lucky and so is your Koi to have you and such friends. The best I have had was one male Plakat Betta type that jumped out 5x and he came back all 5 times and like Gary he was my best breeder. I still have a couple of his Sons and Daughters.

Wow thats amazing and respect for your effort and patience! Im glad it was rewarded and the fish made it back!